Have you ever stumbled through a crowd all dressed in costumes – when it wasn’t Halloween? Or maybe you remember Gwen Stefani’s Harajuku Girls? Whether you knew you were seeing it or not, you’ve probably caught a glimpse of Japanese cosplay culture. At face value, Japanese cosplay is about dressing up in costumes, but there is so much more to it! We’re here to unveil the mystery for you.

Japan VS US Cosplay

The word “cosplay” is a Japanese style contraction of the words costume and play. Put simply, cosplay is playing in costumes, but there is so much more to it than that. It’s a performance art in which the cosplayer takes on the physical and mental role of a character. This embodiment of a fictional character allows the cosplayer to escape into their favorite fantasies, bringing a character’s world to life.

Cosplay culture brings together thousands of like-minded people at events and conventions or “cons” in Japan and around the world. These cons are where cosplayers get to show off their costume creations, connect with others and even compete in cosplay contests.

Japanese cosplay was born out of the love for a certain style of cartoon art called manga. Manga forms the highly recognizable drawing style of popular Japanese anime such as Pokemon, Dragon Ball Z, Naruto and so many more. (Actually, most anime is adapted from manga.)

While manga is said to originate from scrolls dating back to the 12th century, the origins of modern Japanese cosplay can be traced back to the work of post World War II manga artist Junichi Nakahara. His shojo (girls comics) pushed manga character design towards fashion with full body illustrations. These head to toe depictions of beautiful girls inspired a generation of young Japanese females to want to dress like their favorite shojo characters.

These young girls also took to creating their own shojo fan-fiction, writing, drawing and publishing their own mangas. This combination of imitating fashion from works of fiction and the creation of fan-written stories laid the creative groundwork for modern cosplay.

Though much credit and influence is awarded to Japan for the cultivation of cosplay, the birthplace of cosplay is actually the United States. The first ever cosplay was documented in Ohio in 1908 when a Mr. and Mrs. William Fell attended a ball dressed as Mr. Skygack and Miss Pickles, characters from a popular newspaper comic. From there, costuming, as it was called then, slowly gained popularity in the US and eventually blew up with the science fiction wave of the 70’s and 80’s.
-Source: Geeks

This was also the time that manga and anime were growing in popularity in Japan. While Japanese youth were equally interested in donning the attire of their favorite characters as Americans, they did not yet have a word to describe what they were doing.

Then in 1984, Japanese film director Nobuyuki Takahashi attended the World Science Fiction Convention in Anaheim California where he was mesmerized by the American costuming trend. Upon returning to Japan, still floored by his experience, he coined the term cosplay by combining the Japanese words for costume and play.

Japan may not have invented cosplay, but the island nation has heavily influenced the global cosplay culture. Its mangas and anime are the staple of cosplay today.

Today Japanese cosplay has exploded into a cultural phenomenon and creative outlet. Cosplay gives otaku (anime, manga and other pop culture crazed youth) a way to express creativity and uniqueness in a Japanese culture where conformity is encouraged. Strict societal norms in Japan often leave otaku to be stereotyped as distracted, reclusive and anti-social. Today, cosplay reverses that stigma and celebrates the otaku culture by bringing like-minded people together and showing the world that fandom can be something to be proud of.

Though anime and manga are still popular today, you’ll also find cosplay ranging from Marvel comics to the latest video game trends like Overwatch and League of Legends.

Let’s take a look at some modern Japanese cosplay trends.

Lately, video game characters have taken their place as some of the most widely cosplayed, especially in Japan. Games like Overwatch and Assassin’s Creed offer exciting, iconic heroes to imitate. While open world games such as World of Warcraft and League of Legends provide staggeringly long lists of potential characters to cosplay.

Kawaii is the Japanese concept of cute or cuteness. The kawaii craze started in the 70’s with the now insanely popular Hello Kitty. This cute little cartoon kitty inspired thousands of Japanese girls to want to make everything “more kawaii”. From handwriting to stuffed animals to manga and fashion, kawaii became a way for Japanese youth to express themselves.

Started as a rebellion against the seriousness of adult life, kawaii fashion’s purpose is to make us feel more childlike through cute, innocent attire.

Lolita fashion is a sub-trend of kawaii. This trend is characterized by a Victorian style of dress with innocent looking petticoats, pastel colors, ruffles and large bows and ribbons.

J fashion, or Japanese street fashion, is a trend that celebrates all kinds of fashion styles developed in Japan, more specifically Harajuku. Harajuku, a district of Tokyo, is the center of Japan’s fashion industry. The J fashion style consists of recent streetwear trends all the way to traditional dress items like kimonos and gees and of course anything kawaii.

Cosplay restaurants, most notably maid & butler cafes, have become a staple in areas such as Akihabara. In these establishments service staff cosplay elegant maids and butlers. Guests are treated as masters and mistresses in a private home instead of patrons of a cafe.

The center of Japanese cosplay culture today is undoubtedly Tokyo. More specifically, the Harajaku and Akihabara areas. Here it is commonplace to see cosplayers roaming the streets or eating in restaurants in their cosplays. Regular cosplay parades are a thing and cosplay stores can be found around every corner. Here are some of the top cosplay stores in Akihabara and Harajuku:

US vs Japanese Cosplay Culture

There are many similarities to cosplay culture in the US and Japan. Both countries saw cosplay gain popularity around the same time. Conventions are popular outlets for cosplaying and many of the same types of characters are cosplayed in both.

Japanese cosplay is influenced most heavily by manga and anime while Americans tend to cosplay more comic book, movie and video game characters. The Japanese love of manga far outweighs the Americans’ collective love for any of its media forms.

Cosplaying at conventions in America is a bit more open and accessible. Japan boasts strict rules at cons. Often requiring cosplayers to arrive in plain clothes and change into their cosplays inside. In America, you can wear pretty much whatever you want most places you go, be it kawaii, D.Va or Groot…

Cosplay has gotten so big in Japan a lucky few make a full time living out of it! Brands spend thousands paying famous cosplayers to promote their products or appear at their events. A few of the top pro Japanese cosplayers are:

Enako is hyper famous in Japan for her anime cosplays. She can be seen in TV commercials for video games and the very animes she cosplays. Thousands line up to meet her when she appears at cons. She reportedly makes around $100,000 a month from cosplay…

Photo: Grape
Sakimi is known for her high quality cosplays. So well known, much of her work was picked up by major media in Japan. Through her amazing cosplays, video game and personality live streams, Sakimi launched herself into international fame.

More From The Headwink Blog 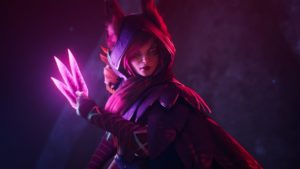 Have you ever stumbled through a crowd all dressed in costumes – when it wasn’t Halloween? Or maybe you remember Gwen Stefani’s Harajuku Girls? Whether 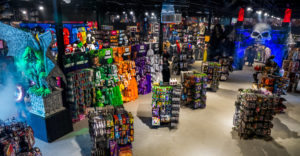 Sign Up For News From
Our Community In Your Inbox!

Thanks for signing up. Keep an eye on your inbox for awesome emails from us. 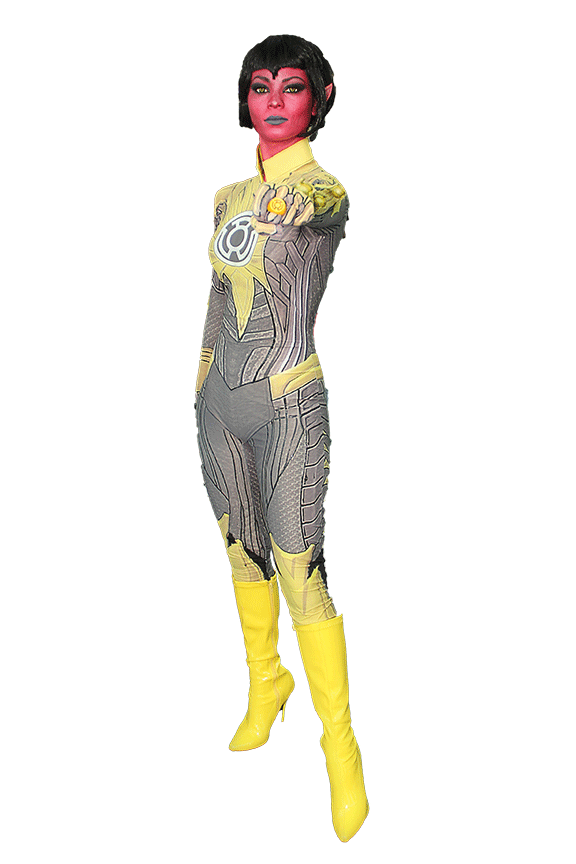